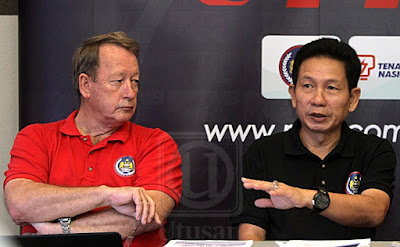 KUALA LUMPUR: The International Hockey Federation (FIH) Friday released groupings for the Youth Olympic Games in Buenos Aires on Oct 7-14, and Argentina are expected to give Malaysia the toughest time in Group A.
The other teams in Malaysia's way are Mexico, Poland, Vanuatu and Zambia.
In Group B are defending champions Australia, silver medallists Canada, Austria, Bangladesh, India and Kenya.
Malaysian men's coach Wallace Tan did not reply to text messages, or answer phone calls.
According the the FIH website: "Taking place in the Youth Olympic Park in the southern area of the city, the Hockey 5s events are set to take centre stage with hosts Argentina expected to attract large numbers of local fans, renowned for their passionate support of the sport.
"The last edition of this event in Nanjing, China in 2014, saw Australia win gold and Canada silver in the men’s event, with China winning gold and Argentina bronze in the women’s event."
The Malaysian women failed to qualify for the Youth Olympic Games, while the men will be making their debut.
In the Bangkok Qualifier, Malaysia men edged South Korea 5-4 in a sudden-death penalty shootout after regulation time in the semi-finals ended 4-4.
Malaysian girls lost 4-2 to India in the semi-finals. Only the finalists qualify automatically for the finals in Buenos Aires.
The men will open accounts against Vanuatu on Oct 7, followed by Mexico, Zambia, Argentina and Poland.
Top-four in each group qualify for the quarter-finals, and going by form, Malaysia are expected to play in the knock-out stage.
Posted by Jugjet Singh at 5:12 PM