Subahan: We will appeal to FIH for automatic ticket to Tokyo 2020 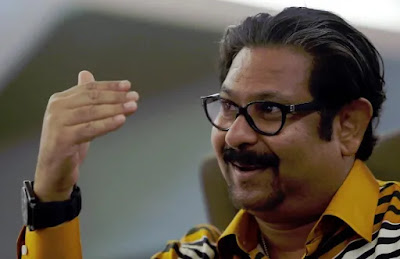 SEPANG: The Malaysian Hockey Confederation (MHC) will make an appeal the the International Hockey Federation (FIH) requesting for the men's team to receive an automatic ticket to the 2020 Tokyo Olympics.
This was said by MHC president Datuk Seri Subahan Kamal Monday.
Malaysia drew 6-6 with Japan in the Asian Games final, and then lost 3-1 on shoot-out and missed the Olympic ticket.
Subahan said he had already made this stand to FIH CEO Thierry Weil before the Malaysia-Japan final started.
"In my meeting with the CEO of FIH I already informed him that if Japan becomes champion, if can, the runners-up should also be allowed an automatic qualification to Tokyo.
"He agreed with my opinion, and said that, that should be the right thing to happen.
"Now we need to take the matter to the International Olympic Committee (IOC) and after that need to get an approval from the FIH congress which will be held in November," said Subahan.
Subahan said not only Malaysia are in this situation, the India women's hockey team which lost to Japan in the final are also facing the same situation.
"Japan have qualified on merit as hosts, so the Olympic slot should be given to the runner-up.
"I will make an appeal to the FIH as soon as possible," said Subahan.
Subahan agrees that there will be quarters who will dispute MHC's stand.
"But this is the chance we have and we must not let it go," he said.
According the FIH format, if Japan becomes champion at the Asian Games, the second placed nation does not subsequently qualify and the quota place will be allocated to the Olympic Qualification event.
Posted by Jugjet Singh at 5:12 PM

KUALA LUMPUR: The Malaysian men's hockey team missed the Olympic boat by 20 seconds, when they lost to Japan in the Asian Games final.
And now, they will have to take a long and winding road to try and play in the Tokyo Olympics in 2020.
The qualification article by International Hockey Federation (FIH) is confusing to the layman, as it looks more like a lawyers statement than a sporting article.
However, to make matters simple, Malaysia must finish top-two in the Hockey Series Finals which will be held on April 23-May 1 at the National Stadium in Bukit Jalil where seven other teams will be named later.
And after that, Malaysia will be paired with another team based on rankings, in the 14-team Olympics Qualification Event either in October or November 2019.
Here teams will play two matches against each other, and aggregate will decide who qualifies for Tokyo.
"It's very confusing and a tougher road than the Continental Qualification system," said Olympian and former Malaysian Hockey Confederation (MHC) general manager Maninderjit Singh.
"Since we missed a golden chance at the Asian Games final (Malaysia drew 6-6 with Japan and then lost the shoot-out 3-1) lets forget about it and focus on the next door which leads to Tokyo.
"First of all, Malaysia must make sure they do not drop their 12th ranking but further improve by finishing as high as possible in the World Cup.
"They must beat Pakistan (who are in Malaysia's group in the World Cup) and advance to the next stage and challenge higher ranking teams and beat them as well.
"Preferably, a top 10 finish among 16 teams in the World Cup will boost their chances of qualifying for Olympics.
"This is because when Malaysia play in the Olympics Qualification Event which has 14 teams, rankings will play a major role.
"There, sorted out by latest FIH rankings -- teams placed in 1st, 2nd and 3rd spot will face teams in 12th, 13th and 14th spot randomly. Similarly, teams who are placed from 4th to 7th will face teams placed 8th to 11th spot randomly.
"The teams will face each other over two legs and the team with higher aggregate will qualify for Olympics," said Maninderjit Singh.
To make it simpler: "Lets say Malaysia are paired with Spain in the Olympics Qualification Event. We will travel to Spain because they are higher ranked than Malaysia, and play them twice, and the highest aggregate qualify," said Maninderjit.
No other doors are available, but this tough and confucing road which will also be travelled by all the teams who do not qualify via four other Continental Championships.
And India, Pakistan, South Korea, New Zealand, Canada, Belgium, Germany, England (GB), Spain, Ireland etc could turn out to be Malaysia's challenges in the final 14 paired tournament.
The same script is for the Malaysian women as well.
Posted by Jugjet Singh at 4:23 PM