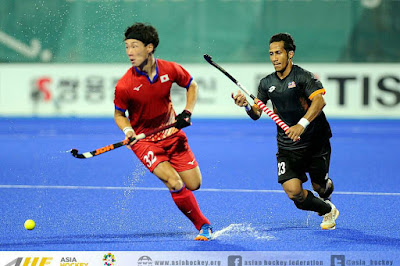 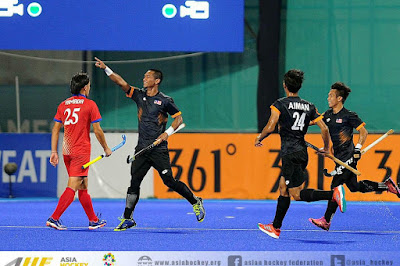 JAKARTA: After trying for 60 years, the Malaysain men's hockey team gave away a historical Asian Games gold medal to Japan on a silver platter.
After taking a 5-2 lead, Malaysia let slip the golden opportunity when they allowed Japan to claw back at 6-6 and then win the shoot-out 3-1.
Japan double qualified as hosts as well as Asian Games gold medallists.
The national players never missed a beat in the first quarter, and the goal fest was started by Razie Rahim in the fourth minute but Tanaka Seren equalsied in the ninth minute off a solo effort.
However Malaysia were in no mood to share the spoils.
Two reverse stick goals from seasoned striker Tengku Ahmad Tajuddin in a spate of 60 seconds (both at the 11th minute) and Faizal Shaari's 17th minute penalty corner gave them some breathing space.
Japan narrowed the gap when Malaysia started to look complacent with the lead, and Tanaka Kenta punished them for snoozing in the 22nd minute.
It was a befitting final, as Malaysia threw caution to the wind and pushed dangerously looking for more goals, while Japan sat back and soaked in the pressure as they had already qualified for the Olympics as hosts.
Malaysia settled down in the third quarter and even though Japan attacked relentlessly, the score stood and only 15 more minutes remained for a famous gold.
And just for good measure, Malaysia increased the gap in the 49th minute with a deft deflection from Amirol Aideed to make it 5-2.
Japan never gave up and goals from Fukuda Kentaro (52nd), Tanaka Kenta (53rd) and Yamasaki Koji (58th) made it 5-5.
Razie Rahim made it 6-5 in the 58th minute, but with 17 seconds on the clock Japan equalised off Hiromasa Ochiai and took the match to shoot-out.
RESULTS -- Final: Malaysia 6 Japan 6 (Malaysia lose shoot-out 3-1); Third-Fourth: India 2 Pakistan 1; Fifth-Sixth: South Korea 7 Bangladesh 0; Seventh-Eighth: Hong Kong 2 Kazakhstan 2 (Kazakhstan win shoot-out 3-2).
Posted by Jugjet Singh at 10:58 PM