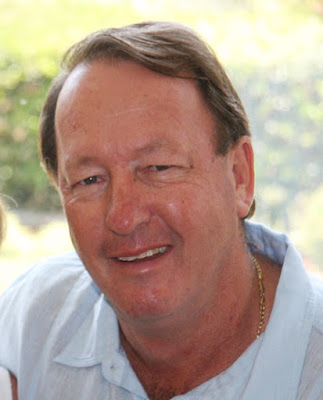 THE Malaysian Hockey Confederation (MHC) yesterday launched the 1Mas Coaching Website 'for everybody' who are interested in the sport, and gave away the password.
The URL for the website is mhc1mas.com and the password is 1Coach.
And information in the website is based on the wealth of experience gained by one of the world's best hockey mind, Australian Terry Walsh.
Walsh, the MHC Technical Director now, said it is a new initiative and visual learning programme which will help players and coaches around the country.
It is not meant to be prescriptive but information sharing, reminded Walsh.
“We are trying to make it as open as possible for everybody around the country to go online and have a look at what we have produced. It is basically an education process, as we look forward to go as deep as we can into the hockey community in Malaysia.
The content of the website is mostly about how to develop skills into the highest level, simple playing concepts, what do they mean and how to go about it,” said Walsh during the soft launch in Bukit Jalil.
Also present at the event were MHC Deputy President, S. Shamala, Independent member Ahmad Najmi, CEO K. Logan Raj, 1Mas Director of Development Tai Beng Hai and 1Mas coaches.
Shamala praised the brilliant effort taken by Walsh to build a strong platform for the future of Malaysian hockey.
“This website will serve as the digital platform for the hockey family to harness knowledge and resources that were developed by Walsh.
"The platform is intended to serve as a critical and complementary partner to the existing avenues of knowledge transfer,” said Shamala.
It is going to be a massive advantage for kids who are keen on learning the game and also the coaches, who would be able to learn the process of skill development and understanding what are the coaching concepts are all about.
Posted by Jugjet Singh at 6:07 PM

Top seven coaches for Under 12 programme 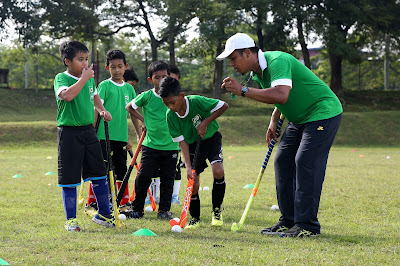 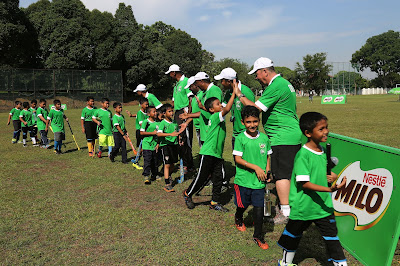 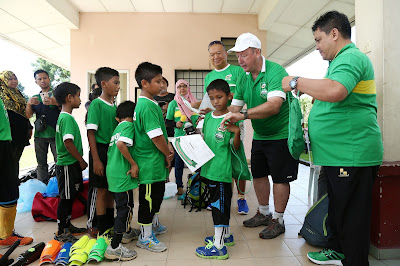 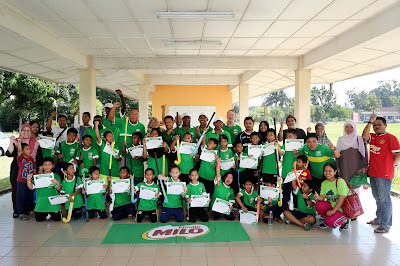 SEVEN top coachs in Malaysia gathered over the weekend to train a lucky group of 30 Under-12 hockey players at the grass pitch of Universiti Putra Malaysia.
The 1Mas-Milo programme ran over the weekend, and the participants, some of them who just learned the basics like holding a hockey the right way, received a certificate each.
Each participant paid RM30 for the programme.
Malaysian Hockey Confederation (MHC) Technical director Terry Walsh, 1Mas Director Tai Beng Hai, 1Mas development coach K. Embaraj, goalkeepers coach M. Nadarajan, MHC development coach S. Velappan and former No 1 penalty corner specialist Amin Rahim and veteran coach Yahya Atan were literally on their knees teaching the kids.
These are the future of the country, and we need to get down to their level to coach them so that there is continuity leading up to the top level in 10 years time," said Walsh.
The next programme will be held in August, and for a longer period.
"The plan is to have a longer period of raining in August, like eight days, where the participants will be exposed a litle more to the sport. We are also conducting similar programmes for soccer and gymnastics," said Nestle Malaysia Sports Marketing Director Ng Ping Loong.
The programme is expectd be held in many other states.
"We need to go to the grassroots and watch, as well as train these kids more often. This is the only way to keep a healthy hockey culture in the country," said Walsh.