Nor Saiful Zaini: Buck up defence in second lifeline... 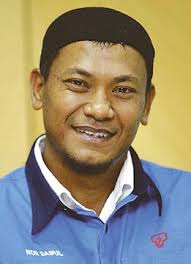 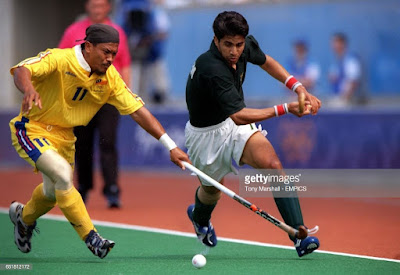 KUALA LUMPUR: Olympian Nor Saiful Zaini shed a tear for Malaysia when the men's hockey team failed to qualify for the 2020 Tokyo Olympics.
In an epic Asian Games final, Japan came back from the dead to claw back from 2-5 to draw 6-6 and then win the shoot-out 3-1.
Now, Malaysia will have to go through another qualifier where the chances of playing in the Olympics is slimmer.
"I could not believe my eyes when our boys gave away a 5-2 lead and failed to qualify for the OLympics. I was in tears, as it has been 18 years since we last played at that level," said Nor Saiful.
It was back in 2000, when Nor Saiful and team-mates beat Japan 2-1 in the Osaka Olympic qualifier to play in Sydney.
"It was also Japan back then, and they held us to a 1-1 draw until the 63rd minute (it was 70 minutes then) but Kuhan scored off a penalty corner and we held on to dear life by placing a proper defending strategy," said Nor Saiful.
And Nur Saiful believes that was what lacked in the Asian Games final.
"The players forgot to place defensive barriers after taking a three-goal lead. They should have stopped Japan at the 50 yard and 25 yard -- but instead, they threw caution to the wind.
"Back in Osaka in 2000, Japan did everything they could for six minutes after we took the lead, but we held on stoutly by placing barriers at every yard of the field.
"And now, the Hockey Series is going to be tougher to play in, and I believe scoring goals would also not be as easy as in the Asian Games.
"Defend, they have to defend well to keep the score down in the Hockey Series and then try for counters in the next Olympic qualifier," said the national juniors coach.
Malaysia must finish top-two in the Hockey Series Finals which will be held on April 23-May 1 at the National Stadium in Bukit Jalil where seven other teams will be named later.
And after that, Malaysia will be paired with another team based on rankings, in the 14-team Olympics Qualification Event either in October or November 2019.
"It is a long and winding road to Tokyo 2020, and the team need to boost their defence if they want to make it," said Nor Saiful.
Posted by Jugjet Singh at 7:27 PM