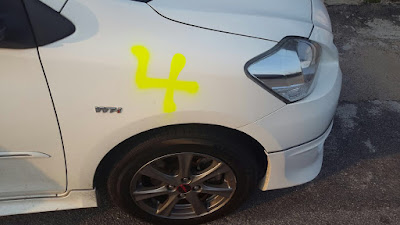 
TEMPERS flew Sunday during two Premier Division matches at the National Hockey Stadium in Bukit Jalil, and umpires were abused with vulgarities and accused of match-fixing.
The said umpires have made a written report, while Universiti Kuala Lumpur (UniKL) have also made a protest and paid RM500 for a review.
The first incident happened during the Sapura-Kuala Lumpur Hockey Club match which ended 4-4.
Sapura team manager Louis Gregory and coach Tai Beng Hai, unhappy with umpiring, had verbally abused umpires Nazmi Kamarudin and Mohamed Rohizan.
Gregory had said, as written in the umpires report: "Berapa dia orang bayar you? (How much did they pay you)."
While Beng Hai was reported as saying: "You are damn blind (and) you sudah boleh berhenti tiup (You can retire from blowing)."
The report said both the incidents happened in front of KLHC players as well as team manager George Koshy.
The other incident happened after UniKL lost 4-3 to Tenaga Nasional.
UniKL coach Arul Selvaraj and player S. Selvaraju are said to have made vulgar remarks to umpires Iskandar Rashdan and K. Lingam.
The umpires report read: "After the match UniKL coach Arul Selvaraj approached us (Iskandar and Lingam) and said: 1. You are both F***** idiots; 2. You are clearly biased; 3. You are S**** F*** internationals.
Selvaraju is said to have commented: "You do not train 24 hours a day, F***** this game and are clearly biased."
UniKL's protest note read: "Inconsistent decisions by Lingam and Iskandar, who did not work as a team and made decisions which contradicted. UniKL have video evidence, and will provide it during inquiry."
Meanwhile, the Junior Asia Cup grouping was released by the Asian Hockey Federation (AHF) , and Malaysia are in Group A with India, Japan, and China. In Group B are  Pakistan, South Korea, Oman and Bangladesh.
The Project 2016, coached by Arul Selvaraj, need to finish among the top-four in Kuantan on Nov 14-22 to qualify for the 2016 Junior World Cup in India.
Group matches will be for placing, as all teams play in the quarter-finals, and Malaysia need only one win in the knock-out to play in the World Cup.
Posted by Jugjet Singh at 6:56 PM