NOTE: 11/05/08 FLASHBACK: Since India will be hosting the World Cup in Bhubaneswar from 28 Nov to 16 Dec. Good luck India.
Stick was bought during 2008 Azlan Shah Cup in Ipoh. 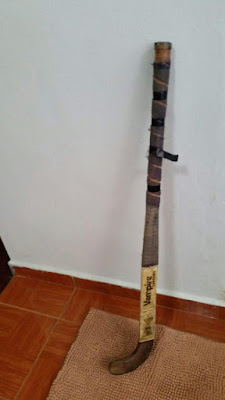 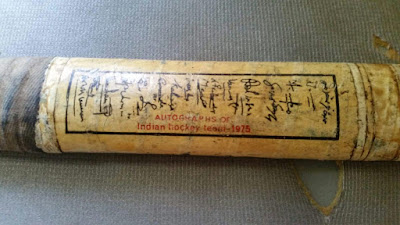 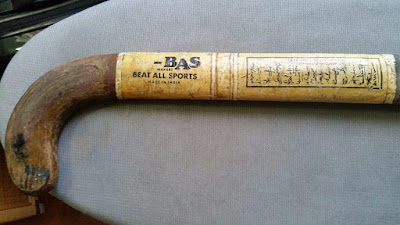 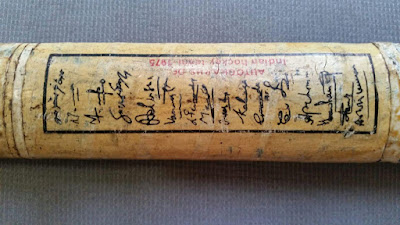 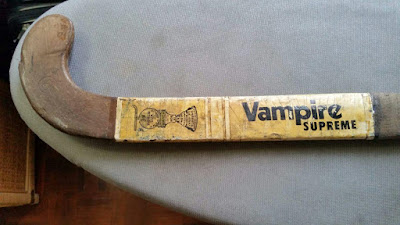 A WALK around Ipoh's famous Old Town flea-market yesterday (11/05/08) turned into a real bargain, when a special edition Kuala Lumpur 1975 World Cup hockey stick was found among the antiques on display.
The Vampire stick, manufactured specially after India beat Pakistan 2-1 at the Stadium Merdeka, was lying among old records, rusty coins and old currency notes.
It looked like any old hockey stick, and I almost moved along, but something prompted me to pick it up and have a closer look.
And 'WoW! The stick was a special edition designed a year after the KL World Cup, and it had the signatures of all the Indian players on it.
I asked the vendor: "How much? And since it was a noisy bazaar filled mostly with migrant workers from Bangladesh, Myanmar and India, the vendor indicated by holding out his palms showing eight fingers.
At first I thought he was saying RM80, but a scribe who was with me said: "Bargain, it can be bought for RM5." And the vendor came closer and I asked him again: "Berapa? (How much).
And when he said: RM8, I couldn't believe my ears, and quickly took out my wallet, but my friend bargained with the vendor, and we walked away only paying RM5 for a stick which is about 31-years-old (now 43).
A real bargain, considering it was still in good condition.
Posted by Jugjet Singh at 5:52 PM