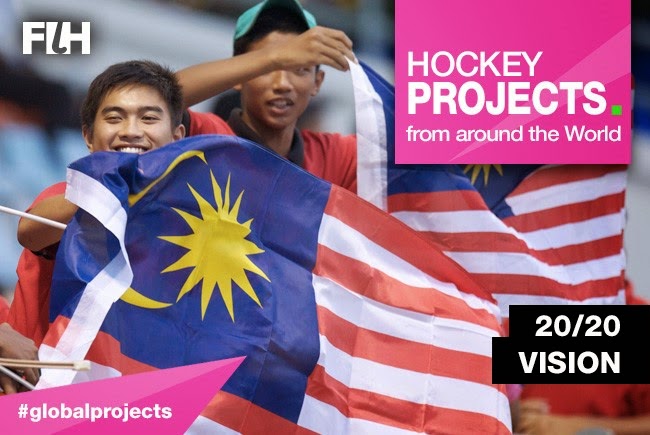 To date, K. Dharmaraj's top coaching moments have been with the Malaysian National Junior Men's team, when he was in charge of the team that won the 2012 Junior Asia Cup to become Asian Junior champions.
This is only time to date that a Malaysian team has been Asian champions. Dharma went on to become national coach for the senior Malaysian national men's team but, after leaving that post last year, Dharma is looking to take the national junior team one step further in 2020, by becoming Junior World Cup winners.
Since he finished his coaching contract with the men's senior squad, Dharmaj has been working as a youth development officer, working with grassroots level hockey players and potential internationals across Malaysia.

While much of his work is general hockey coaching with youngsters, Dharma also heads a project, Target2020, which has a very clear target - preparing the national junior team in readiness for the 2020 Junior World Cup.
Dharma enhances his own coaching ability and experience by bringing in former and current internationals to help run coaching clinics across the country. Explaining his role, Dharma says: "With my prior experience in coaching grassroots and children of different age groups, I am able to recognise the requirements needed to develop and promote hockey in my country. To date, I have conducted 18 clinics throughout the different states of Malaysia. In each clinic, there are approximately 200 players, both girls and boys, ranging in age from eight to 16-years-old."

During the course of a coaching clinic, Dharma involves teachers and local coaches in the programme so that they can update and improve their coaching skills. In this way the local teachers and coaches are empowered to continue to develop hockey in the area.
While the coaching clinics introduce and promote hockey to hundreds of young Malaysians, the Target2020 programme has a far more specific ambition. While the programme is still in its early stages, Dharma says that his team of coaches and selectors will be looking to form pools of about 30 players for each age category. The over-riding qualities the players must demonstrate are "dynamism and an openness to competitiveness and progress."

Players who will be invited to attend the Target2020 training camps are talent-spotted through local and area competitions and other tournaments. Dharma says that he is hopeful of producing a high quality team for 2020 where the bulk of the players will be 21-years-old.
"Our target, via this programme, is for both the national junior men's and women's teams to win a medal at the Junior World Cup," says the energetic coach.