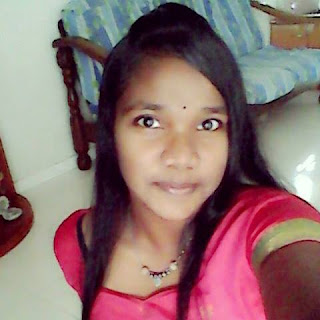 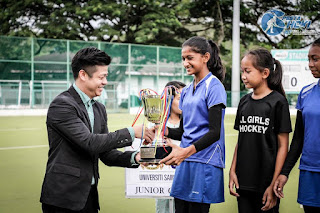 A TWELVE-YEAR-OLD scored two goals in the women's Malaysia Hockey League, and a 17-year-old was named as the Best Goalkeeper.
But for both these players who competed in an Open tournament, the future looks gloomy as the Malaysian Hockey Confederation (MHC) have no plans, or blueprints, or even a clue, on what to do with the women's section of the sport.
Meet 12-year-old Kirendeep Kaur Gurdip Singh, who scored two out of the nine total The Cops scored to finish third among five teams in Group A.
Take a bow Priyangga Jayarajah, 17, for being voted as the Best Goalkeeper playing for silver medallists SSTMI Thunderbolts.
While the MHC recently unveiled a five-year blueprint for the men to qualify for the Olympics and World Cup, there is only Sound of Silence when asked what plans they have for the women.
There was promise, solid basics, and good fitness in the three teams who ended up with medals in the MHL, but gold medallists Sports Excellence Centre (PKS-KPM), silver medallists SSTMI Thunderbolts and bronze medallists ATM Pernama have nothing to look forward to other than to savour their brief moment under the spotlight.
Even though all three teams shared the entire national women's players among them, they were given a good fight by the other also rans -- like The Cops coached by former international Kelvinder Singh.
The men have played in the Champions Trophy, World Cups and Olympics, while the women have only seen action in the Commonwealth Games, Asian Games and Sea Games.
Even the Junior World Cup has eluded them, and their glory is etched in bronze.
In the history book is their bronze achieved at the 1982 Asian Games in New Delhi, followed by an encore in the 1985 Asia Cup in Seoul.
In recent memory, the women were invited to play in their first Asian Champions Trophy in 2013, in Kakamigahara, Japan, when South Korea withdrew.
The wild card went on to win a bronze by beating women's powerhouse and then world no 7 China 1-0 in the pool, and 3-1 in the third-fourth placing.
Malaysia were ranked 22, and China 7.
But there was not concerted effort to elevate their standard, no foreign coach hired, and even current coach Nasihin Nubli is always unsure of where he stands, or when his contract is going to be terminated abruptly.
And there was no mention of the ladies in the MHC blueprint, and even the Raja Noora Ashikin Cup was not held.
There are plenty of good players, from 12 to 17, who just competed in the women's MHL Group A and Group B fixtures -- and it would be a waste if the MHC casts a blind look towards their direction, while giving their full love and attention to the men.
Posted by Jugjet Singh at 4:58 PM